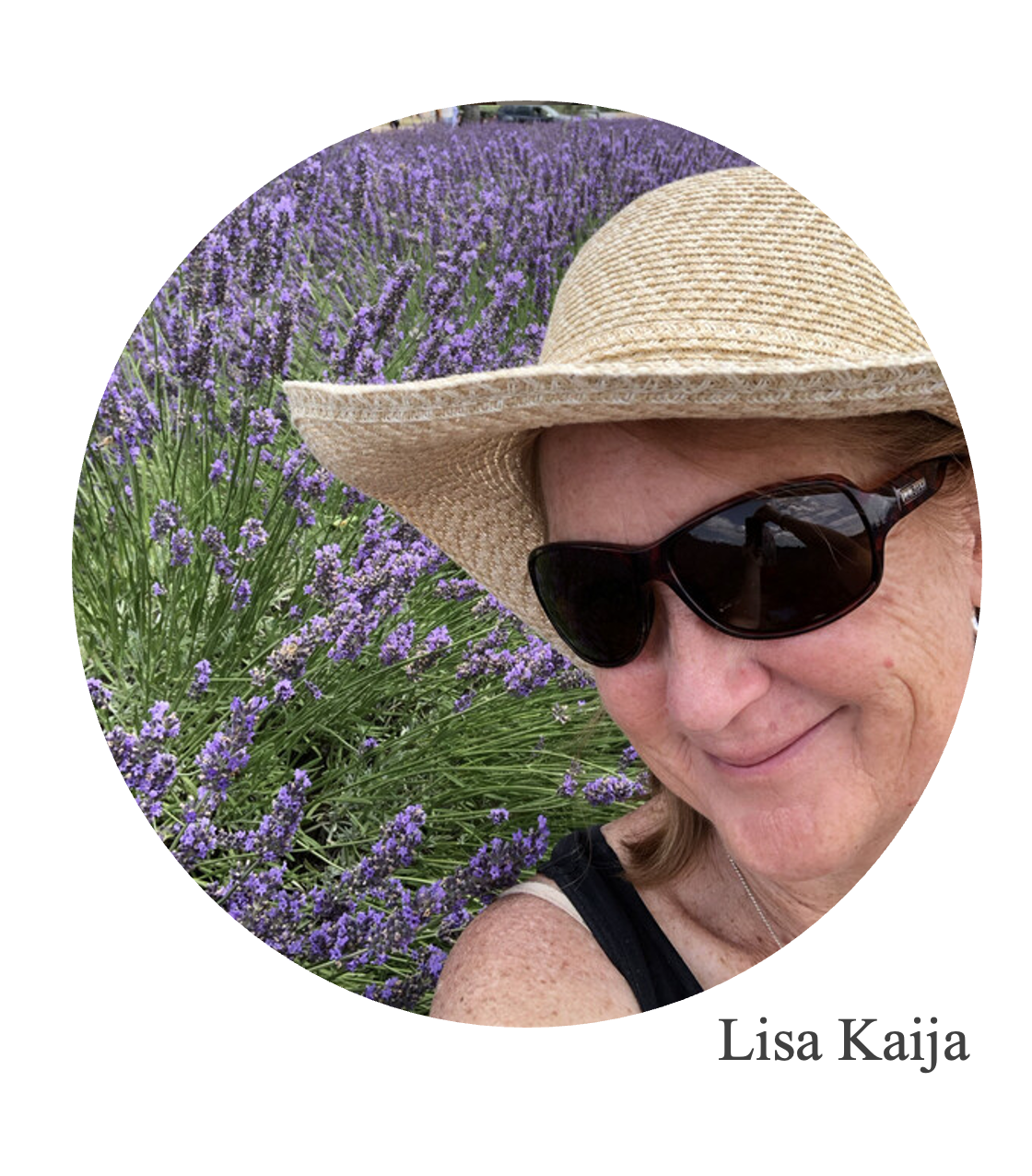 As a teacher and parent living in Reading, Vermont, since 1989, Lisa Kaija has grown to love the local area. In recent years, she saw an opportunity to give back to the community by working with the Ottauquechee Health Foundation, which helps people struggling to meet their health needs. And that inspired her to recently join the membership.

“It’s very satisfying to know OHF members are a group of people committed to making life easier for others in the community,” Kaija said.

She recalls a situation where a local person was suddenly in need of shelter, and they were sleeping in their vehicle. OHF stepped in and raised donations for a place to live. Eventually, the individual found a permanent home.

“I don’t think any of that would’ve fallen into place without the assistance of OHF,” Kaija said.

She also noted the range of health-related needs the Foundation can address through grants.

During her many years here, Kaija ended up collaborating with the Ottauquechee Community Partnership, where she first met staff from the Ottauquechee Health Foundation. Later, she would join the OHF governance and strategy team, which is now involved in a new group called the HUB. The HUB is a collaboration of service providers and funders dedicated to neighbors in need.

As Kaija explained, the group is designed to connect all nonprofits and agencies in the area, with the goal of providing more coordinated service.

“It’s a really vibrant group of human beings who are excited about the work,” she said of her fellow OHF members. “These are just very knowledgeable and compassionate people.”

For anyone considering membership, she said joining OHF in this way is a great opportunity to support the community and make a difference.

“I’d say if you would like to contribute to your community, and surrounding communities, in a quiet but instrumental way, it’s a great organization to be part of,” Kaija said. 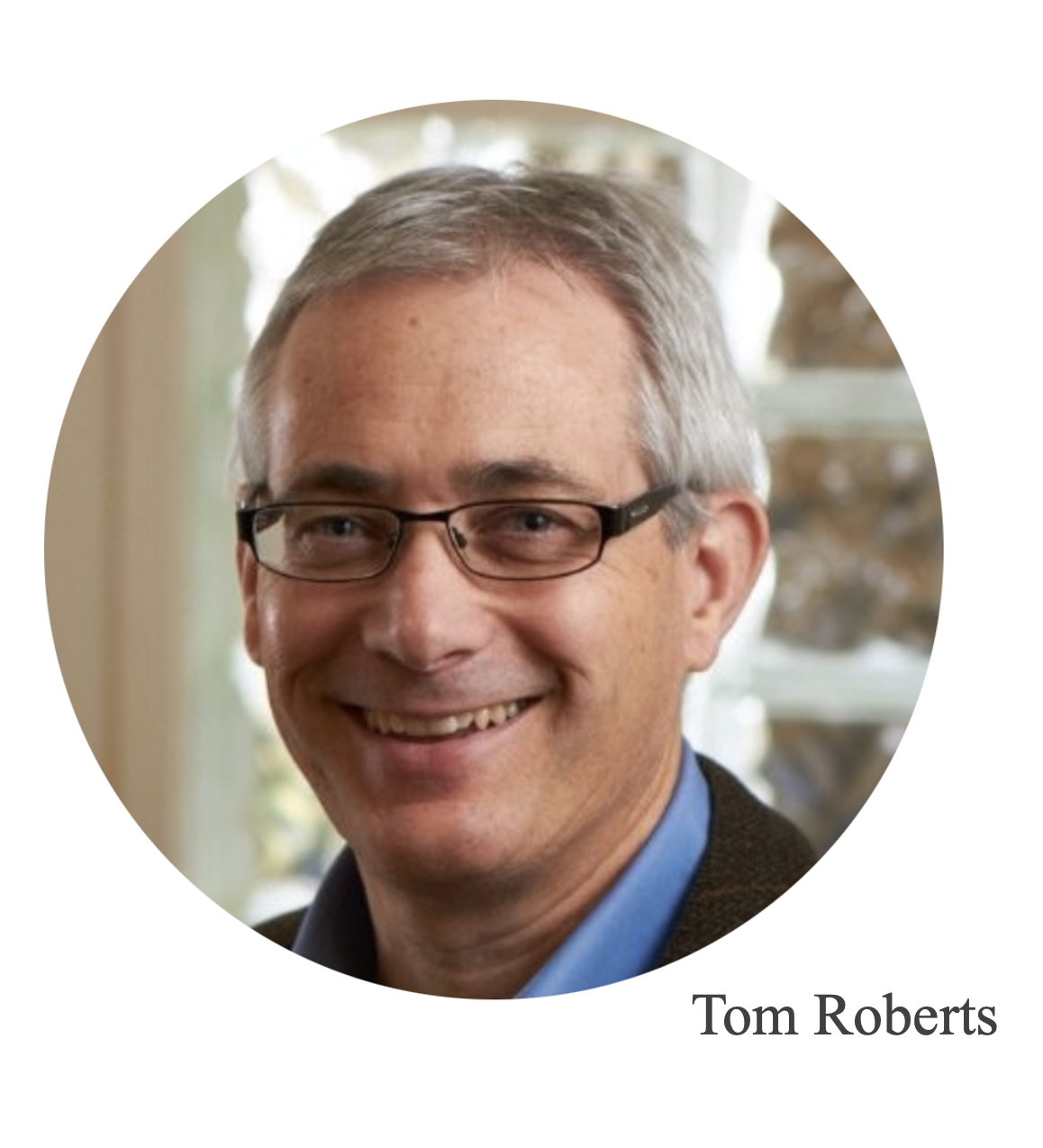 Tom Roberts has worked for nonprofits large and small, but the Ottauquechee Health Foundation is unique among them, he says.

Roberts, who has lived in Vermont for 20 years, remembers his first contact with the Foundation.

“One of the things that really struck me was the Good Neighbor Grant program, and how, in a very thoughtful way, it made grants available directly for people who had health care needs that were unmet and would work with the providers,” Roberts said. “I haven’t seen that in too many other places.”

Roberts got to know that program and the entire Foundation very well during his time as OHF executive director, from 2001 to 2010. Roberts brought years of experience in local government and philanthropy, from jobs in California, New York and Vermont. At OHF, he helped to expand the Foundation’s grants program, including developing new systems and fundraising efforts.

Roberts, now a longtime OHF member, said one of the most inspiring efforts he can recall is how OHF supported community nursing in the region, with a particular focus on helping local seniors. OHF’s work on funding and community awareness played an important role, Roberts recalled. His town of Hartland has a community nurse program through the nonprofit Aging in Hartland.

“It’s a good example of how, through funding and convening, we can make a real difference in people’s lives,” he said.

Roberts later became the executive director of the nonprofit Vital Communities, and he now does independent consultant work for nonprofits, including assisting with fundraising and development efforts.

Over the years, he’s continued to be actively involved with OHF as a member. Most recently, he’s been helping with the formation of a new, innovative group called the HUB. The HUB is a collaboration of service providers and funders dedicated to neighbors in need, and OHF is going to be the institutional home of the HUB, Roberts explained.

“It’s a way to make sure a community member in need has more of a seamless experience when trying to get care,” he said. “It’s a unified way to get service, rather than bouncing back and forth between places.”

That spirit of community support is a big part of why he enjoys being an OHF member, Roberts said. And he loves connecting with others who share that passion.

“The culture has always been one that knows how to tap the experience of its board and its members, who are willing to chip in when needed,” he said. 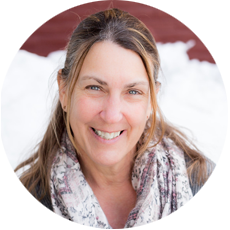 Matching local resources with the need at hand is central to the Ottauquechee Health Foundation’s work, and that role is at the heart of Beth Robinson’s job.

Robinson is the grants coordinator for OHF. Much of her time is spent working with applicants through OHF’s Good Neighbor Grants program, finding respite care, connecting people with resources and participating in various outreach opportunities. Over the years, these OHF grants have covered health care costs for people in need, when their health bills have exceeded their insurance coverage.

In her job, Robinson has helped people from all walks of life. She says one of the biggest things this work teaches you, is that it’s no one’s place to judge. Anyone can find themselves in a time of need.

“You only know what you can see, what you’ve heard, what you’ve compiled,” Robinson said. “Someone can drive a really nice car, but that doesn’t mean they can pay their rent.”

Before Robinson started working for OHF seven years ago, she saw first-hand the difference the Foundation can make in people’s lives. In 2014, her husband was diagnosed with non-Hodgkin’s lymphoma. Soon, she had to rely on her income to support her family, with her husband unable to work. That led to a conversation with then-OHF executive director Sherry Thornburg.

“She was wonderful, she listened, and was very compassionate,” Robinson said.

Through grants, OHF was able to help with prescription co-pays, which were adding up, and even with contact lenses for Robinson’s son. However, the instance Robinson recalls most, is when Thornburg arranged for OHF to cover the cost of a hotel near Mass General in Boston, where Robinson’s husband was receiving treatment.

“I was going to have to stay for up to a week,” she said. “But they got me gas cards, OHF paid for my parking, and paid for the hotel just across the street.”

OHF also arranged for a caregiver grant, so Robinson could have some money coming in while she took time off work to care for her husband. That’s an example of what Robinson calls “caring for the whole person,” meaning OHF takes a complete view of needs impacting the applicant.

“I felt like people were listening, I felt like I was being really well taken care of,” she said.

After her husband passed away in 2015, Robinson came down to the Foundation’s office to thank Thornburg for OHF’s help.

“Her grants coordinator had given her notice that morning,” Robinson said. “She looked at me and said, ‘Would you like a job?’”

That question led to a part-time job as grants coordinator, which went full-time in 2019.

“I learned from her about compassion for folks,” Robinson said of Thornburg. “Sometimes things just happen or creep up. She was so wonderful to me. When I started working here, I just listened for what felt like weeks.”

Robinson knew the local community well and knew a lot about OHF, but those weren’t the only reasons the job was a great fit – she also brought a passion for helping others, which her parents instilled at a young age. Helping local people in need was simply part of growing up. She recalls a Thanksgiving Day at the family home in Proctor, Vermont.

“My dad walked into the kitchen and said, ‘OK, who’s staying and who’s leaving?’ she said. “He took us to Rutland to the homeless shelter, and we served meals for a couple of hours.”

Resourcefulness in helping others was also important.

“I’m from a really, really big family, I’m the 9th of 12 children, and that’s kind of how we were raised: You pitch in and help out, and if you don’t know something, find someone who does.”

Today, in Woodstock and surrounding communities, Robinson is constantly an ambassador for OHF. And that’s a big part of it, both inside and outside of the office – sometimes even when enjoying a game of pickleball.

“I love what I do, part of my job is getting the word out there,” she said. “It just follows suit.”

OHF is honored to have been invited to VNH’s “Let’s Talk” series to share our good work.