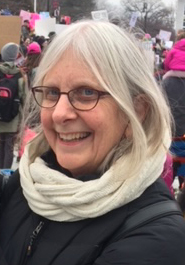 Being a member of the Ottauquechee Health Foundation is more than just a membership. It’s an opportunity to help improve the community’s health, and to witness that impact first hand.

Anne Marinello, who worked over 50 years as a health professional, became an OHF member in 2007 and later served on the Foundation’s Board of Trustees for six years.

Marinello’s connection to the local health sector runs deep, ranging from mental health and pediatrics, to working as a nurse at the Ottauquechee Health Center. A longtime Woodstock resident, she is most known for her two decades of work as the school nurse at Woodstock Union High School and Middle School, seeing generations of families graduate over time.
While working at WUHS, she collaborated with the high school’s counseling office to help them understand how OHF could help students and families in need. Importantly, all the towns in the district are also in the OHF coverage area.

“No matter what school they were in, they could approach OHF for help,” Marinello said.

As an OHF member, Marinello said she has enjoyed getting to know other people from the area who are involved in helping with community health issues.

“That’s one of the things I valued the most, just working with people from other communities to really brainstorm about what the needs were, and focus on how we might be able to better meet those needs,” Marinello said.

She said her longtime membership with OHF has opened other ways to contribute to the community, including a monthly volunteer job at the Thompson Senior Center, where she assists people with advanced directives. Several years ago, Marinello said, advanced directives were a need that OHF’s community care coordinator encountered quite often. In an effort to help, Marinello and three other OHF members offer this monthly assistance at the Thompson Senior Center, and that’s been going on for three years now.

Of her long involvement with the OHF, Marinello noted, “With the issues we were addressing and the other people we were working with, it all was worthwhile,” she said. “It’s just fun to help create solutions.”

OHF is honored to have been invited to VNH’s “Let’s Talk” series to share our good work.